Tourists migrate to the picturesque village of Franschhoek for its breathtaking scenery and world class hospitality, but not many know that this region of the Western Cape is also steeped in some fascinating history. Knowing a little bit of background when visiting this town adds a special nuance to the overall experience, and allows your imagination to take you back to what the area would have looked like in the mid-16th Century. 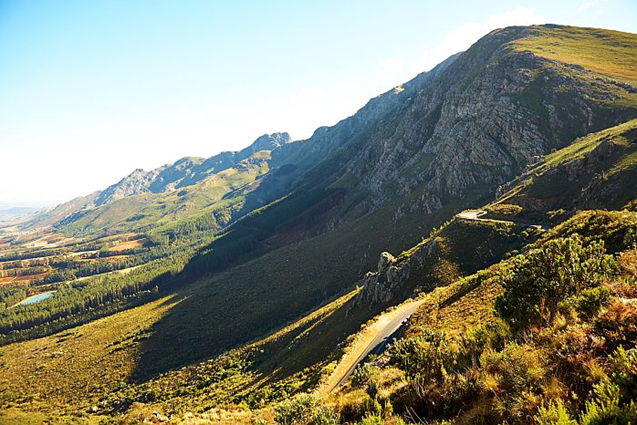 Franschhoek was originally called ‘Olifantshoek’ (Elephant’s Corner), no doubt due to the large number of elephant herds European explorers would have encountered on their travels through the valley. As with many mountain passes, settlers often followed the ‘Olifant Pad’; paths defined by the seasonal migrations of these large and lovely beasts.

The nearby Banhoek Valley, between Stellenbosch and Franschhoek, is a shortening of ‘Banghoek’; or, ‘scary corner’. A traveller crossing the narrow, then-dangerous Helshoogte (Hell’s Heights) pass had no way of knowing if he was going to be in the path of migrating elephant, or – worse – become lunch to a leopard. While the elephants are long gone, the majestic mountains flanking this town are still home to the notoriously shy cat, whose solitary wanderings are captured by farmers on CCTV camera.

The Franschhoek region also boasts some of the oldest and loveliest homesteads in Southern Africa. When the Company Gardens in Cape Town could not keep up with the quantities of fresh produce required by passing ships, farmers were sent further afield to establish a second agricultural economy. Grand Cape Dutch homes with acres of fecund land and breathtaking views were built by the VOC. These farms, which have been beautifully preserved over the years, were the epicentres of the area and the origin of the thriving little settlement Franschhoek is today.

If you can drag yourself away from the joy and comforts of Akademie Street Boutique Hotel for a while, a trip to one of these homesteads is well worth it. Walking through sun-dappled vineyards or kicking back under an ancient Oak tree enjoying the atmosphere of bygone days, you can almost hear the clip-clop of horses over the cobbles; a farmer’s wife calling for her children in French; the creak of a carriage bringing visitors and news from home.

Franschhoek is more than a tourist destination; it’s a little stroll through the annals of time to an era where things were slower and simpler. Suffused in stories and rich with atmosphere, it allows a visitor to step out of their lives and take a moment to breathe. We recommend you put your phone away, your stresses aside and relish this well-deserved break.